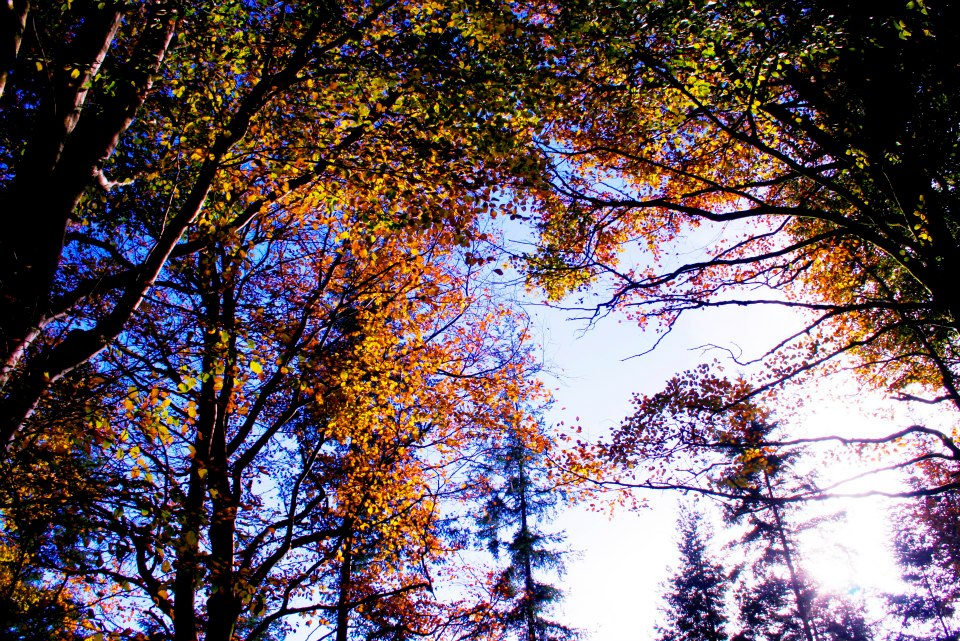 And sorry I could not travel both

And be one traveler, long I stood

And looked down one as far as I could

To where it bent in the undergrowth;

Then took the other, as just as fair,

And having perhaps the better claim,

Because it was grassy and wanted wear;

Though as for that the passing there

Had worn them really about the same,

And both that morning equally lay

In leaves no step had trodden black.

Oh, I kept the first for another day!

Yet knowing how way leads on to way,

I doubted if I should ever come back.

I shall be telling this with a sigh

Two roads diverged in a wood, and I—

I took the one less traveled by,

And that has made all the difference.

It’s a small Big Wide World. How we’re able to fit a world’s worth of adventures into a single lifetime is something I’m continuously trying to figure out. Words help me make sense of the world – there’s no feeling quite like someone else perfectly articulating what you think or feel. With his words Robert Frost reminds us that we all face a lifelong dichotomy of decisions. We can never know where our decisions will or won’t lead us, or what might’ve happened had we chosen an alternative path. We make decisions based on reason; don’t underestimate the reassurance of remembering this. Especially when Captain Hindsight is trying to persuade you otherwise. You might not remember the reasons for having made a certain decision, but there were some and they were valid.

I once read an article which said that if a decision is hard to make, there’s no way you can choose wrongly. If you can decide on something easily, it means that one option was quite clearly ‘right’ and the other quite clearly ‘wrong’. Thus if neither choice blatantly stands out as the ‘right’ one, it also means neither is the ‘wrong’ one. I try to remember this when I’m particularly stressing out over decision-making. If that doesn’t work, imagine a knowing with certainty exactly how your life would play out.. it’s a devastatingly boring thought! Imagine never feeling pleasantly surprised. Uncertainty is vital, embrace it.

If, like me, you want to experience every single thing the world has to offer, you’ll no doubt be familiar with that persistent little voice of doubt and uncertainty that feels like it exists just to remind you that you’re not going to achieve enough that day to stay on track to your ‘experiencing the whole world’ goal. But making even one small step is still a step towards the end goal, albeit an impossible one. Whilst I was writing this I stumbled across this blog post, which wisely tells readers to “Follow your heart, because indecision steals many years from people who regret taking the leap.” Whether you regret taking a leap or not taking a leap, don’t let time slip past while you’re sitting on a fence, half a mind on each side, trying not to fall off as you weigh up infinite hypothetical pros and cons. Time doesn’t wait for decision-making.

Be a quiet champion of your own bravery and determination. Don’t stand still. Make decisions and instead of regretting them, learn from them. Seize imminent, tangible experiences; give opportunities a chance.

She's a paradox. Faithful and yet detached. Committed and yet relaxed. She loves everyone, and yet no one. She is sociable and also a loner. She is gentle and yet tough, passionate but also platonic. In short, she is predictable in her own unpredictability. View all posts by jessa_b